A smooth-running Streak means you’re able to keep things moving through your pipeline, whether that means you’re closing more leads, hiring new members of your team, or raising funds for your startup.

We know it’s important for your tools to be reliable and effective day in and day out. That’s why our engineers dedicate time not only to building exciting new features, but to fixing anything that might be broken or slightly off in Streak.

The Google Sheets limit has since been raised to 10 million cells per sheet, so you should hopefully be able to export any of your pipelines, and then some.

The Date of Last Email magic column was getting tripped up on some of your most recent emails and wasn’t updating properly unless you removed and re-added the email to your box.

This has since been fixed.

Occasionally the toggle options for things such as starring a contact or automatically including all of your emails with that person in the box weren’t working. This has been fixed.

If you have a formula column in your pipeline and formatted the column as a numbers column in Streak, this would interfere with negative values returned by your formula.

We fixed this so you’ll be able to track negative values in formula columns.

Streak allows you to select multiple emails in your inbox and either add them as boxes and contacts to an existing pipeline, or even create a new pipeline for them.

This feature was momentarily broken and wouldn’t respond when you clicked on the pipeline where you wanted to add contacts. It’s since been fixed, so you can continue adding contacts and email to your pipelines in bulk.

Some of Google’s new UI updates didn’t play well with our text and icon colors, making them difficult to see in a few places. We’ve cleaned that up.

Although our mail merge feature allows you to schedule automatic follow-ups if your recipients haven’t replied, there may be times when you want to follow up the good old fashioned way - by opening the email and typing out a response.

Our system would recognize this as a response on the email thread and indicate that you got a reply, even though the reply wasn’t from the recipient. We’ve updated this so it won’t count replies if they’re coming from you.

Resuming a mail merge when over quota‍

Streak allows you to pause and resume mail merges, which is helpful if you’re out on vacation or want to pause a promotional email.

When you resume a mail merge Streak sends out any messages that would have gone out during the pause. However, if the number of messages you had queued up to send was greater than your available quota, Streak isn’t able to send your messages until the quota is available. While this is expected behavior, we didn’t have a great error message for this. Instead, your mail merge would silently fail. Now, we’ll let you know if you run into this issue.

When creating a mail merge and follow-up drafts, many of our users expand the compose window to full screen. This was causing some of the toolbar, such as the variables and snippets options, to disappear. This important part of our mail merge feature has been fixed.

Some of the recent Gmail changes required unforeseen updates on our end and caused brief interruptions for some features. As a result, when starting a new mail merge with contacts in your pipeline or by uploading a CSV file of recipients, the mail merge would sometimes get stuck loading.

This has been fixed.

Once you’ve created a mail merge, you can find it in your mail merge list and view each recipient and their engagement data if the mail merge has already been sent.

There was an issue that was preventing some mail merge recipients from appearing in this list, and we have fixed it so you’ll find all of your recipients in one place.

This has been fixed.

Notification for boxes assigned to yourself

Usually you don’t need to be notified right after you assign a box to yourself – but we were a little over-eager with making sure you were aware of your new assignment.

Now, you won’t receive a notification when you add yourself to the “assigned to” column of a box.

The new Gmail build also affected some of our email tracking features. This affected a few users at first who got the new Gmail rolled out to them earlier than others.

Email tracking is now working, and we apologize for the interruption.

Our send later feature allows you to draft an email or type up a response and, well, send it later. However, Streak users were getting errors when trying to schedule an email or a response, or finding that the feature wasn’t responding when they tried to use it. This has been fixed.

Streak wasn’t able to load on Safari 16, which a small (but important!) group of our users used to access Gmail and Streak at the time of the issue. This has been fixed.

Some users unable to start their free trial

In very specific situations, some users hoping to trial Streak were unable to start their free trial.

This happened if all three of the following were true:

This has been fixed so everybody can try Streak for free before joining a team or committing to a paid plan.

We updated our API documentation to be more clear regarding /api/v1/boxes/{KEY}/threads.

Today, we’re excited to introduce one of those tools and our most-requested feature ever: mail merge with automatic follow-up sequences in Gmail.

How to track when your emails are viewed for free in Gmail.

How to separate email threads in Gmail

Is your conversation headed in different directions? Here's how to separate your email threads in Gmail.

A guide to the new Gmail feature, Layouts. How to use newsletter templates in Gmail to create professional branded emails. 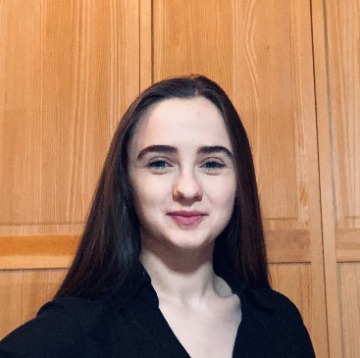 Email marketing is a powerful and cost-effective way to score leads during the holidays. Get started using this step-by-step holiday email marketing guide. 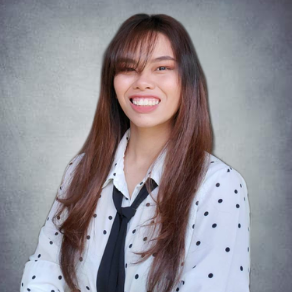 Knowing when your emails are opened gives you valuable information about your contacts. So how do you do it? Find out here.