Fundraising: How Wasp tracked 250+ meetings in 98 days to get to the oversubscribed round 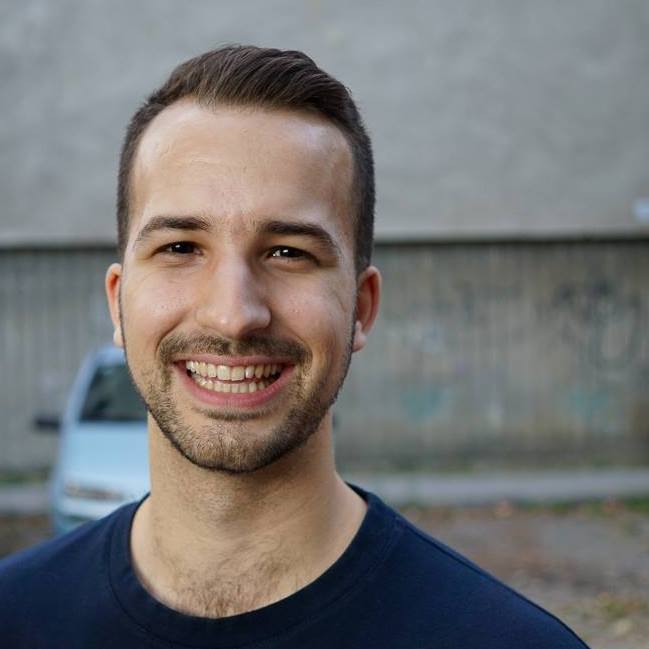 Wasp took part in Y Combinator’s W21 batch, which started in January of 2021 until the end of March.
‍
Y Combinator is a startup fund and program which since 2005 has invested in nearly 3000 companies including Airbnb, DoorDash, Stripe, Instacart, Dropbox and Coinbase. The combined valuation of YC companies is over $300B. Twice a year YC invests in a group of companies (batch) and at the end of the program, companies present themselves to the selected investors at the event called Demo Day.

Wasp is a developer tool, open-source company. We are building a configuration language that allows developers to build enterprise-grade web apps (e.g. Instacart, Airbnb or any other typical SaaS) with less code and best practices, while still using React, Node.js and their other favourite tools.
‍
At Demo Day our product had solid traction (200+ projects created, 1k Github stars, good ProductHunt and HackerNews feedback) but no monetisation yet, which is typical for open-source projects at our stage. We are based in the EU so we didn't have a big network in the Bay Area.

I will try to refrain from giving "general" advice (as our fundraise is a single data point), and focus on the stats and specific things that worked for us. Keep in mind the same might not work for you - I recommend always taking advice with a pinch of salt to see what makes the most sense in your case.

As we approached our fundraise, we didn't really know what to expect. We had friends from the previous batch that raised a big round very quickly (even before Demo Day) and heard a couple of stories from a few other YC founders who were also quite successful, so we imagined it might go quickly for us too.

As you can see from the title, we had quite a journey with plenty of meetings that provided us a lot of input on how to improve our pitch, and maybe even more importantly, how to reach the right investors.
‍

Here are our stats:

Here are some of the things that worked for us:

We treated fundraising as a sales process (and stuck to it)

This means we had a typical sales funnel - lead generation, selling (pitching) and following up.

We started tracking investors with a fundraising template in Google Sheets, but with the volume of leads and meetings it soon became too hard to navigate them through the funnel. We then switched to Streak (used their fundraising template) and that worked great. The most helpful thing for us was having a CRM that is integrated with gmail (GRM), that made the process much more seamless and gave us a better overview of the funnel. As soon as I would receive an email I could see in which stage the investor is, and it was also super easy to add new investors straight from gmail - it saved us from the dreaded context switching and kept us focused.

The switch from Google Sheets to Streak went quickly, since we already had all the emails of investors in our gmail so we could simply search for them and add them to the according funnel stage in a single click.

Our pitch became much better after ~50 meetings

We kept being critical of our pitch and kept a list of questions that we felt needed more work. We called it "creating narratives", e.g. why now is the right time for our product, presenting the team, or how we plan to monetise. We talked to other companies in the same space (devtools, OSS), investigated comparatives (big companies we compared ourselves too), talked to our angels who were domain experts and used all that to build a more convincing story.

I never intended to learn our pitch by heart, but after delivering it for 100s of times just that happened - both me and Martin (my brother and cofounder, who wasn't pitching but was always sitting behind me and provided feedback, especially in the beginning) knew it word by word and I realised how much more polished it sounds and how much more confident I felt compared to when we just started.

About 50 meetings in (and about 20 VCs having passed on us) we started feeling a bit disheartened, as things didn't seem to go so easy as we initially expected. Then I chatted to a friend who also recently finished their fundraise and he gave me a tour of Streak - I saw their numbers and that over 150 investors passed on them! With that I realised our 20 passes were just the beginning and that instead of chasing yeses we should actually chase no's :) - they are more predictable, you'll get plenty of them and they will clearly show your progress.

We had 100+ leads from Demo Day - none of them invested

This is probably pretty specific for our case, but it's how it went. Connecting with a startup on Demo Day is a very low-cost action for investors. Also, as many investors as there are on Demo Day, there are even more of them who aren't.

When we sorted through the connections we got, about 20% were a really good fit for us, meaning they invest in deep tech / OSS companies, have invested recently, invest in our stage etc.

We still met with pretty much all the interested leads, but we quickly realised that due to our product being deeply technical and the company being pre-revenue, only investors with engineering backgrounds were really interested because they could understand and get excited about what we do. That informed us to generate our leads with much narrower focus.

We looked at other OSS & dev tools companies in our batch, looked at who invested in them and asked for intros. Our batch-mates were also in the fundraising mode, they knew how hard it can be and they wanted to help, so everything moved very quickly.

We learned not to spend time on non-believers

As we learned to focus on the highly qualified leads, we also learned that it is very hard (impossible) to change somebody's mind. Plenty of investors liked u and what we do, but they were skeptical about e.g. market size or monetisation potential and made that clear from the start. Many of them were keen to keep chatting, wanted to meet our angel investors etc., but none of that helped change their mind and it was very distracting for us. I believe it is very hard to change somebody's worldview, especially in the seed stage when there is often no strong factual evidence to do so.

Passing through the "valley of death"

As you can see on the chart, about two months in we barely passed $300k, and we had a whole month with no progress. At the same time, we felt that our pitch got significantly better and we were reaching investors much better suited for us.

It was one of the most difficult times, seeing others close their rounds, but we decided to trust in the process and keep going until we have used all the resources we had. It was also the time our lead investor took time to do their own pretty extensive due diligence on Wasp, so although it looks like no progress was made from the outside, a lot of stuff was actually happening behind the scenes.

Suddenly, a few things clicked together from multiple sides and our round was quickly closed, even oversubscribed! It was truly a magical feeling to start closing investors in a single day, even during the first call, when previously it took us weeks to close our first $50k check. The big factor was also that our round was getting filled up and that of course motivated investors to move faster.

We compared ourselves to big, successful companies

This is one of the best pieces of advice we got from YC partners about fundraising. In the beginning we didn't understand how important this was, but once the meetings started we realised this was one of the best ways to explain the potential of our company to investors. With the innovation in technology that isn't easy to grasp, they needed something to hold on to understand how the business model and distribution could work, and it sounds much more doable if there is a playbook we can follow rather than us reinventing that as well. We kept working on finding a good comparable (we had a few) and explaining in which ways we are similar and why.

I hope you found this helpful and that our story will motivate you to keep going once things get hard!

Creating a pipeline should take minutes — not days — of your time, but quick setup doesn’t mean cutting corners. With Streak you can design a comprehensive pipeline for any workflow in three steps.

The fastest way to fill in your pipelines

We want Streak to be the best way to move your pipelines forward, right from the start. A common problem with setting up tools like CRMs or ATSs is that beginning with empty pipelines makes it difficult for your team to get started.

Streak is built into your inbox to supercharge your workflow in Gmail, but we know that teams also need information at their fingertips when they communicate internally using tools like Slack. 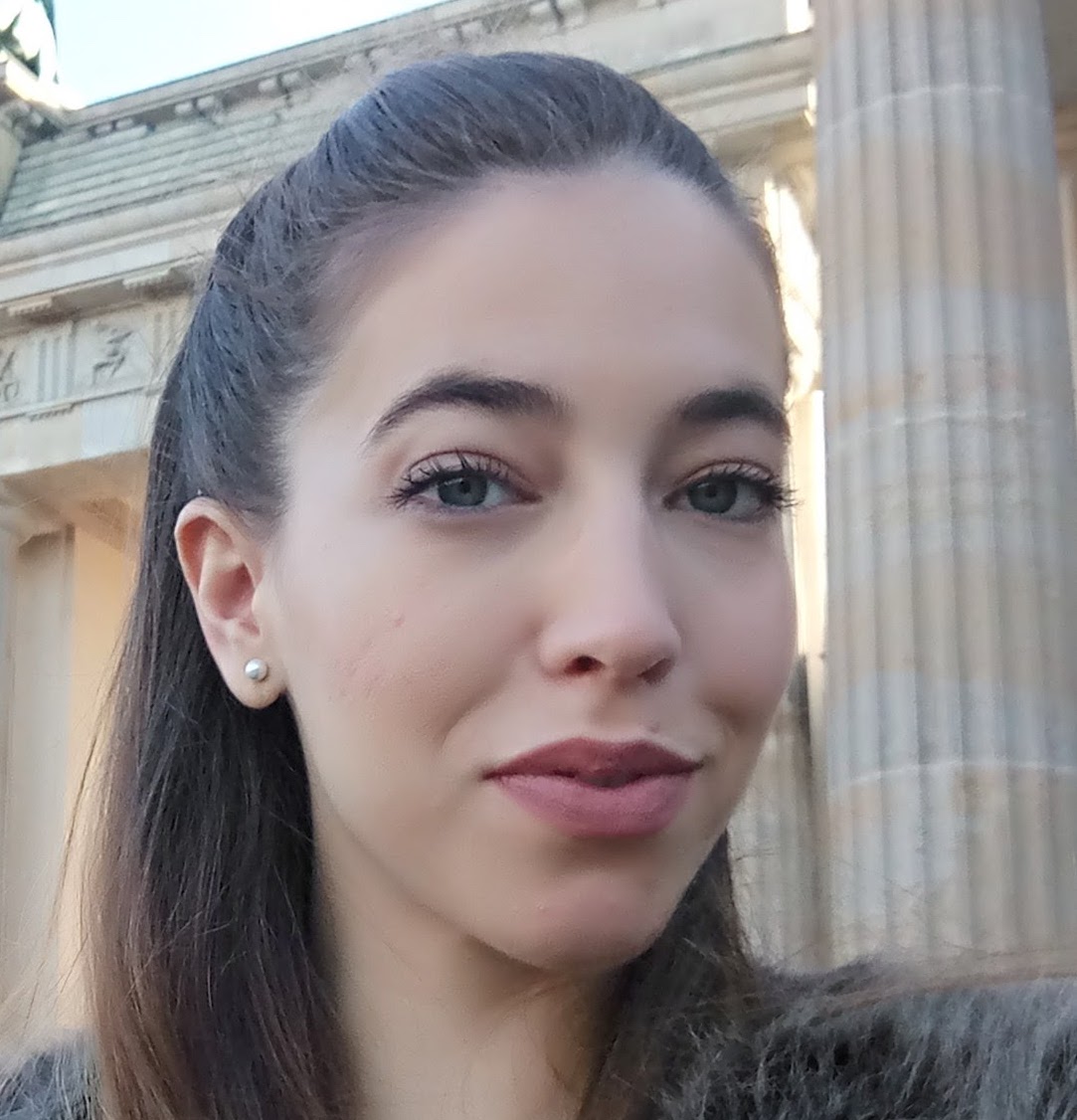